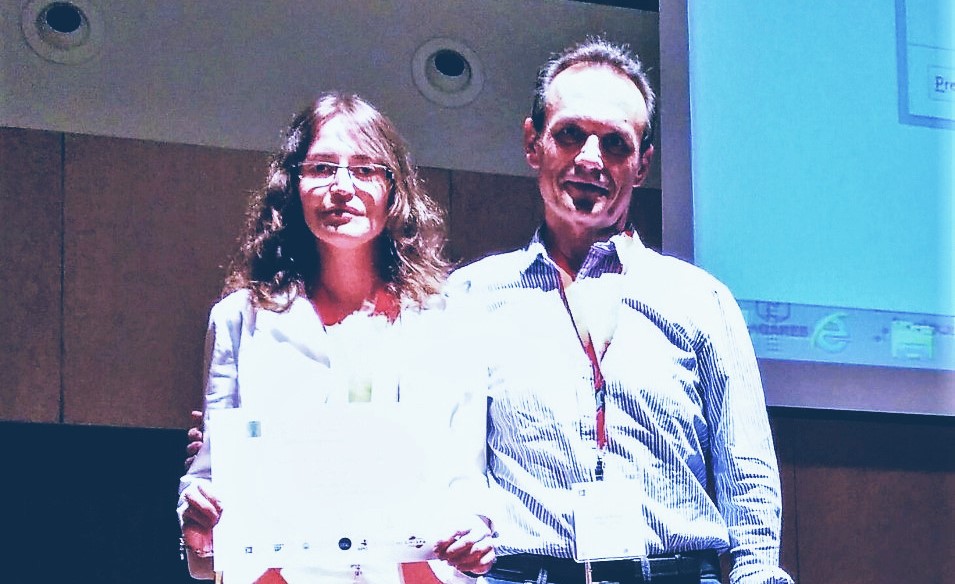 AIPO, the Human-Computer Interaction Association that brings together all professionals and researchers at the national level interested in Human-Computer Interaction, failed the awards of the II Contest of Final Degree Projects and Final Master’s Projects of Spanish and Latin American university degree students who had defended their final degree or Master’s work during the academic year 2014-15 or 2015-16.

Among all the projects, the one presented by Aurora Macías Ojeda, a student at the School of Computer Science Engineering in Albacete and directed by professor Elena Navarro and by PhD student Miguel Ángel Teruel Martínez, has been selected as the best Final Degree Project. The project is entitled «TankWarVR: Collaborative Game on Oculus Rift Platform» and addresses the development of an avant-garde collaborative video game following the guidelines in the latest research published in the area of ​​collaborative systems in general and video games in particular. One of the most interesting features of the project is the use of Oculus Rift, a virtual reality headset that offers to players an immersive experience while participating in a tank war and collaborating with other players to eliminate rival tanks. In addition, it offers several conclusions that can be used to successfully address future similar developments, as well as establish new lines of research in the field.