Conflict management between UAVs is one of the key aspects in developing future urban aerial mobility (UAM) spaces, such as the one proposed in U-Space. In the short future, civil aerospace will be occupied by centenar or thousands of UASs for different purposes: transport, package delivery, emergency management, etc. With multiple aerial vehicles, conflicts between them (lack of a minimum of distance) could occur getting a crash and several potential security violations.

Our research pretends to avoid in-air conflicts between UAS monitoring its positions and computing their future positions with its vector velocity and planned velocity. Moreover, if a conflict may occur, a new velocity vector is computed in other to avoid this conflict and avoid the generation of other conflicts. Of course, following U-space Concept of Operations specification. 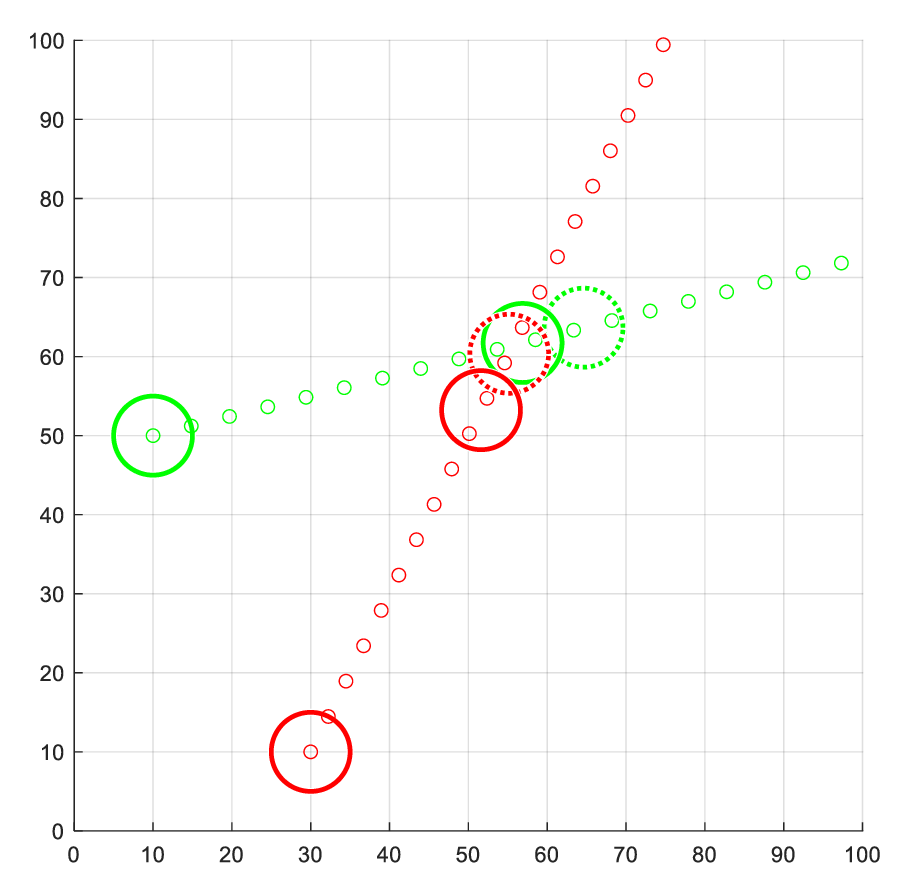 The new velocity vectors generated must avoid all conflicts as well as deviate as minimum as possible the planned route in other to minimize the overhead (distance and time in the air, battery consumption, etc). To generate the velocity vector two main strategies are used: velocity modifications and trajectory modifications. Moreover, in the most difficult conflicts, i.e. when the UAS are so close, the method could stop the displacement of the vehicles (“hovering”). We call this method “Prediction-based Conflict-free Adaptive Navigation (PCAN)”.

This method has been simulated and tested using Matlab, and the results are:

This result offers up to a 40% of improvement in the overhead compared with other alternatives, as Boundary Box Conflict Avoidance (BBCA) proposed previously, meanwhile all conflicts are resolved. 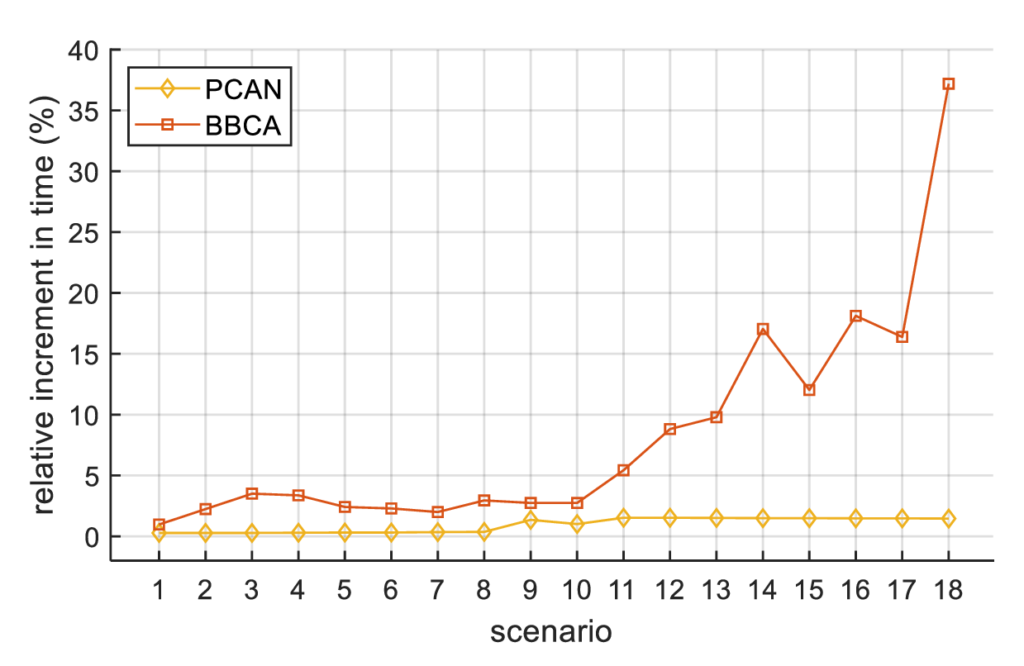 As current and future work, we are improving the method to introduce a dynamic prediction model, navigation based on priorities, geo-fences and the reduction of the algorithm complexity. Parallel, we are developing an all-new simulator that allows us to test new methods in a more sophisticated and realistic way. Moreover, the new simulator will be designed to work in HPC, with the objective to use I3A Galgo supercomputer to simulate big bulk scenarios and validate the methods.