Techniques to improve the architecture of servers, applications and services

Internet and cell-phone services, as well as enterprise databases and datacenters, and even supercomputers, are usually implemented on high-performance servers (based on cluster architectures). This coordinated project aims at developing several techniques to improve the performance and reliability of current high-performance servers, as well as reducing their cost and power consumption. We will also improve the services offered by these servers and will develop applications that will benefit from those architectural enhancements. These applications will have a large impact on digital society and health services.
In order to achieve this goal, this project will deliver new results along the research lines traditionally followed by our group, including research on processor microarchitecture, memory subsystem, interconnection networks, multiprocessor systems, system software, client access through wireless networks, and several applications and services offered by the servers. The project will also develop research on hot topics, including 3D-stacked memories, optical on-chip networks, multimedia contents coding and distribution, QoS in Cloud Systems, and context acquisition in mobility environments. 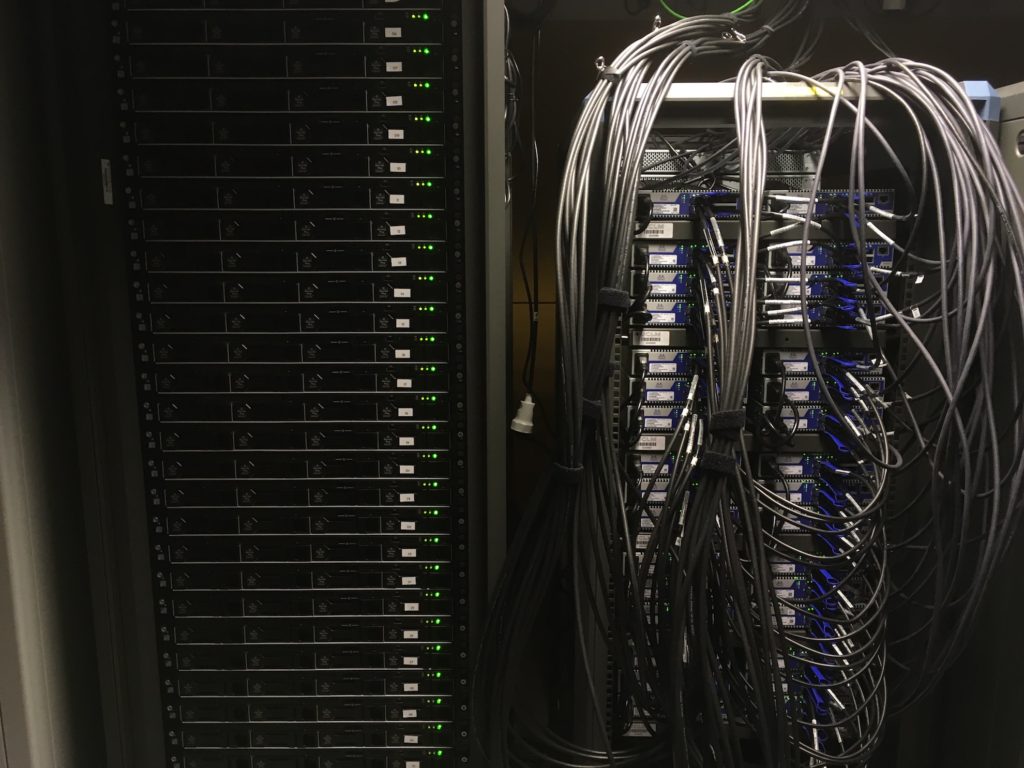 In particular, we will develop research on chip-multicore architecture and on-chip networks, aiming at increasing performance, reducing power consumption, increasing reliability by means of providing fault-tolerance support, increasing flexibility through virtualization techniques, and reducing silicon area. Additionally, we will improve the performance and power consumption of the memory hierarchy by enhancing its different levels, the cache coherence protocols, and the on-chip network. We will develop new network topologies for large datacenters that will be able to efficiently interconnect a high number of server nodes, also improving routing, congestion management, and QoS, thus increasing performance and reliability, and reducing power consumption. We will also improve the remote GPU virtualization techniques, and the remote execution of other compute-intensive libraries. Additionally, we will research on system software for servers, such as high availability systems or parallel file systems, and middleware, such as cloud computing.

On a related area, we will research on techniques to efficiently support wireless access to servers. We will enhance the operation of the medium-access and routing protocols enabling the development of the Internet of Things (IoT) and multimedia wireless communications. This will facilitate the development and integration of heterogeneous information systems capable of cooperating and providing multimedia-content services. We will speed-up and optimize novel data coding techniques in an aim to reduce the utilization rate of server resources and network bandwidth.

Finally, we also plan to develop applications for servers, such as multimedia coding, scalable simulation models, visualization and immersive projection applications, scientific software and linear algebra libraries, efficient computing of PageRank, control of water distribution systems, and reconstruction of medical imaging and bioinformatics applications, which have a high impact on health.