Speed-up and desing of HEVC codec for High Performance Computing

The new high efficiency video coding (HEVC) standard has recently been established by the joint collaborative team on video coding (JCT-VC), an expert group proposed by the ISO/IEC moving expert group (MPEG) and the ITU-T video coding expert group (VCEG). HEVC was initially conceived with the purpose of achieving adequate efficiency and performance to deliver high-quality multimedia services over bandwidth-constrained networks, and also to support formats beyond high definition (HD) resolution, such as the new 4 and 8K formats.

Most of the improvements imply a considerable increase in the encoding time. Fortunately, this computational cost can be efficiently reduced by adapting the sequential algorithm to parallel architectures. Over the past few years the computing industry has tended towards including several processing units on a single shared chip. In fact,in terms of massive data computing, there are devices called graphic processing units(GPUs) which are normally used as co-processors to assist the central processing unit (CPU). CPUs and GPUs have different instruction set architectures, forming what it is known as a heterogeneous computing platform. 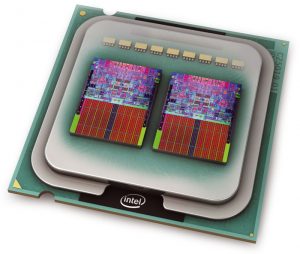 The complexity of the inter prediction module can be justified by the motion estimation (ME) algorithm, which conducts large amount of repetitive operations that the encoder has to perform on the same picture samples but with different block partitions, i.e. different prediction units (PU) for the same coding tree unit (CTU). While this distribution of time applies to most configurations, the All Intra configuration dispenses with the temporal prediction and opts for the spatial prediction instead. As a result, the intra prediction module can exceed 90% of the total encoding time, given the considerable number of modes it has to test for every PU, namely 33 directional modes, and the DC and planar modes. For this reason, it has to be noted that both prediction modules are equally important depending on the coding configuration used.

The RAAP group has been carrying research in video coding for more than 15 years, achieving significant insights which have been published in relevant conferences and journals, and incorporated to commercial products as well.